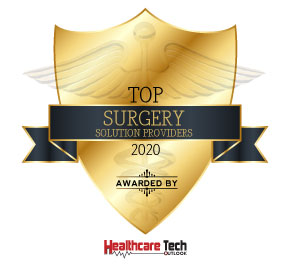 Mark Pickrell, Chief Administrative Officer, Virtuoso Surgical, Inc
“It’s tough to make predictions, especially about the future.” -- Yogi Berra. Despite Yogi’s great wisdom, one prediction about the future is virtually assured: the development of minimally-invasive surgical technologies will continue apace, even accelerate, in 2021. As the New England Journal of Medicine stated in 2012, ““Minimization of the invasiveness of surgical procedures is an advance that is arguably as significant as the discovery of anesthesia.” That reality was true in 2012, and it will remain true in 2021. It will take many, many years for the growth of minimally-invasive surgical tools and techniques to plateau.

At Virtuoso Surgical, we are fortunate to have a front-row seat to see the development of minimally-invasive surgery in real time. The prospects are amazing. Not just at our company, obviously, but throughout the entire robotic med-device space.

Of course, we all have Intuitive Surgical to thank for the growth of this broad market segment. Their ability to expand the use of robotic tools in the field of laparoscopic surgery is truly phenomenal. With competitors attempting to enter that space, like Medtronic’s Hugo and Cambridge Medical Robotics’ Versius, robotic laparoscopy will, in all likelihood, turn into the business equivalent of a dog fight in 2021.

And Seimens’ Corinudus system has expanded robotics into the vascular space. At Virtuoso, we are expanding robotic technology into the field of rigid endoscopy -- the largest market segment of minimally-invasive surgery. Certainly many others will follow.

This explosive expansion of robotic technologies into the various segments of minimally-invasive surgery has come at a cost: operating-room footprint. Each of these various robotic systems, composed of multiple large apparatuses, such as control arms, computer-equipment housing, and surgeon workstations, takes up a fairly large portion of the available space in a normal operating room. For that reason, providers of complex surgical systems will, in all likelihood, gain a competitive advantage in 2021 by minimizing their OR footprint, by developing inter-operable systems, or by emphasizing the ease of transport and storage of their entire system.

As robotic surgical systems proliferate, and as the scale of robotic operations gets smaller and smaller, the value of complementary technologies will also only increase in 2021. The need for better imaging, particularly non-invasive imaging in the OR, is increasing. Whether a complex surgical system requires an ultrasound system, C-arm, or an MRI machine, the demands placed on the available OR real estate will correspondingly increase. Moreover, the value-add of even incremental imaging technologies, due to the robotic improvements around them, is likely to increase. While augmented reality is the type of cutting-edge technology that will likely help physicians in the future, better contrast technologies, or marker technologies, are increasingly valuable and important for surgeons right now.

Finally, even less invasive technologies are likely to proliferate in 2021. Magnetic control systems, like the Magnetic Surgery system of Levita Magnetics, and the Flexible Magnetic Endoscope being developed at Leeds University in England, are the tip of the iceberg for virtually non-invasive external diagnostic and therapeutic systems. And less-invasive, more controlled energy-delivery systems will become only more valuable over time, as robotic surgical tools shrink.

Put simply, the future is bright in 2021 for surgical robotics and all the complementary technologies associated with this field. Maybe Yogi was wrong about something.